Miracles and the Catholic Tradition

Miracles are an important aspect of the Catholic faith, and the Church teaches us that they’re a reminder of the power and glory of God. One of the most important aspects of miracles in Catholicism is that they show God is willing to intervene in someone’s life to take away their suffering and share His love and compassion. Learn more about Catholic miracles unexplained by science.

What Are Catholic Miracles?

The Catholic Church believes in miracles. These works of God can be manifested directly or indirectly through the intercessions and prayers of specific Catholic saints. Catholic miracles are a sign of wonder attributed to divine power and God’s mercy, such as control of nature or healing from a grave medical condition. For an act to be considered a Catholic miracle, it must meet specific requirements set forth by the Catholic Church, including:

While He has performed countless miracles, some of His most important and fundamental miracles are found in the published Book of Signs:

When Was the Last Catholic Miracle?

Miracles continue to happen throughout the world, and the Catholic Church is committed to ensuring the authenticity of any claims before declaring an event a miracle.

One of the most recent events to be recognized as a miracle by the Catholic Church is the miracle at the Marian Shrine of Our Lady of Lourdes in France in 2008, which is the 70th recognized Lourdes miracle.

Bishop Jacques Benoit-Gonin of France declared this miracle on February 11, 2018, on the World Day of the Sick. The miracle involved Sister Bernadette Moriau, a French nun suffering from various spinal complications. Moriau had needed to use a wheelchair since 1980 and was taking morphine to control her pain.

Moriau attended a blessing for the sick at the shrine. She noted feeling an overall sense of well-being and, when she returned to her room, heard a voice encouraging her to take her braces off. When she did, she discovered that she was miraculously healed — she could instantaneously walk from her wheelchair and no longer needed pain medication or braces.

Even more recently, Pope Francis recognized a miracle performed by Pope John Paul I. Candela Giarda, a young girl in Buenos Aires, Argentina, had a severe case of acute encephalitis. Once she was hospitalized, doctors eventually diagnosed her with Febrile Infection-Related Epilepsy Syndrome that had led to brain dysfunction, uncontrollable seizures and septic shock. Doctors informed the family that her death was imminent.

A local priest, Fr. José Dabusti, encouraged the nurses, family and others to pray to John Paul for his intercession. Candela began to improve the next day. Her immediate improvement, along with her complete recovery in just over six weeks, was attributed to a miracle and a sign of John Paul’s intercession. On October 13, 2021, Pope Francis signed a decree recognizing the event as a miracle.

The Catholic Church recognizes many miracles performed by God and the saints. At Catholic World Mission, we help support and empower people throughout the world while sharing God’s truth, love and glory. If you or a loved one are in need of prayers, please send us your prayer intentions. We believe prayer is a powerful way to connect with God. As we appeal to God, we can recognize His goodness with thankfulness and reverence.

Please consider supporting our mission to spread the word and glory of God and donate to Catholic World Mission online today. 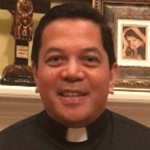