The ordinance of communion and receiving the Holy Eucharist are some of the most blessed pillars of the Catholic faith. Catholics can come together during communion and take part in the presence of Jesus Christ by consuming His body and blood, which were broken and spilled for our sins when He died on the cross for us. But as time passes, we can make sure we understand the true weight and beauty behind these practices.

Having a deeper Holy Eucharist background can help you enjoy a fuller understanding of this sacred practice, and thus deepen your faith. The information here will help familiarize you with the history of the Eucharist so you can better know why we still take part in this practice after all these years.

The Biblical Origins of the Eucharist

The Bible is the foundation of the Catholic faith. Within the Bible’s pages are historical accounts, stories, life lessons, teachings, instructions, commands and so much more that help guide our everyday lives. In the Bible, we learn how to have a relationship with God through Jesus Christ. We also gain insight into the lifestyle that should go along with a healthy relationship with God, including participating in the Holy Eucharist.

Many of the practical parts of Catholicism appear in the New Testament, including the origin of the Eucharist. But the entire Bible is full of metaphors and symbolism that show how it was always God’s plan for us to participate in communion together and take part in the presence of Christ in the Eucharist. Items like bread, wine, lambs, fruit, food and drink are scattered throughout the Biblical narrative, containing a deeper meaning that can take us right to Christ every time.

Let’s take a closer look at instances in the Old and New Testaments that forge the Biblical origins of the Eucharist.

While Jesus implemented the Eucharist toward the end of His earthly ministry in the New Testament, The Old Testament foreshadows this event and contains many references to the lamb, blood, bread, sacrifice and offerings. These are some well-known Old Testament events that alluded to and prepared the way for the Eucharist:

In these three Old Testament examples, eating and sacrifice lead to healing and salvation. These are clear references to the Eucharist and the body of Christ, but they will make even more sense when you view them in light of the New Testament examples.

As you move into the New Testament, you’ll discover several examples that much more clearly discuss the Eucharist and the doctrines behind it. Here are some examples:

The Early Days of the Church

The Eucharist has changed a lot since the times of the Bible. In fact, there is no single origin point for the practice of the Eucharist as it appears in today’s worldwide Church. Rather, it is the result of many different practices coming together over time to create a uniform, accepted tradition of the Eucharist. In other words, time has shaped our interaction with the Eucharist, but Christ’s presence is the one element that has remained unchanged throughout history.

To begin understanding how the Eucharist has developed over time, we must start with the early days of the Church. Based on the passage in 1 Corinthians 11, we learn that the Eucharist was part of a meal and that the believers were to wait for one another before eating. This is highly different than the Eucharist of today, which involves only the wine and the Eucharistic host, the bread. We immediately see that today’s Eucharist is independent of this larger meal of the Church’s early days.

But Paul was clear in his writings that communion was so much more than a meal. The same passage shows Paul telling the Corinthian believers that they must avoid taking communion in an “unworthy” manner, like being drunk, gluttonous or ungenerous. Besides making sure everyone is present before beginning, Paul stressed that every believer was to examine themselves to avoid falling under God’s judgment. This has led Catholic leaders throughout history to ensure the Church is participating in the Eucharist in a holy, reverent, and worthy manner.

As the Catholic Church began to grow in those early years, early church leaders saw the need to develop liturgy surrounding communion and the Eucharist. When churches involved small gatherings in people’s homes, sharing a meal made more sense. But with more people joining the faith with each passing decade, those meals would start phasing out on their own. This left believers wondering about the right way to receive the Holy Eucharist.

During the first two centuries of the Church, leaders relied on the Church’s earliest writings, including letters from the Apostle Peter and the Apostle Paul to inform their Eucharistic liturgy. During these years, there was a split from Jewish Christians, but their influence of singing, prayers, homily and chanting would continue in Eucharistic liturgy. This development is known as the Liturgy of the Word.

There was still great liturgical freedom regarding the Eucharist during these first few hundred years of the Church. For instance, church leaders could compose their own prayers for Eucharistic liturgy as they saw fit. But as more eloquent church leaders like Hippolytus became known, more people began adopting their prayers in their church’s liturgy, helping to pave the way for liturgic standardization.

Shortly after the start of the 300s, Roman Emperor Constantine made a decree that legalized Christianity empire-wide. This led to several hundred years of rapidly increasing interest in Christianity, with many more people joining the faith. As a result, significant liturgical changes regarding the Holy Eucharist occurred, as well.

Here are some of the main changes that happened during the ensuing centuries:

Transubstantiation and the Feast of Corpus Christi

The 1200s brought about two of the most important topics regarding the Eucharist — transubstantiation and the Feast of Corpus Christi.

Thomas Aquinas’s writings on transubstantiation proved to be the most influential for Catholics, with words reverberating into our understanding of the miracle of the Eucharist even today.

Aquinas defined transubstantiation as the physical elements of the Eucharist literally transforming into the body or blood of Christ. This differed and continues to differ from modern Christian beliefs that the bread and wine are mere symbols of remembrance. According to the Catholic doctrine of transubstantiation, the elements literally become the body and blood of Christ.

Several decades after the establishment of the doctrine of transubstantiation, the Feast of Corpus Christi was held. While the early church reserved the adoration of Christ’s body and blood for communion and Eucharistic celebration, some church leaders wanted to extend adoration to other times including Mass. The Church decided to take the occasion even further in attempts to repair controversies that heretics had brought forth during this era, so they instituted the Feast of Corpus Christi, or the Feast of the Body of Christ.

As the years have passed since the 1200s, Eucharistic Adoration has grown in popularity among Catholics. Eucharistic Adoration gives faithful Catholics a chance to meditate and rest in the presence of Christ while extolling worship and honor upon Jesus for his death on the cross and resurrection three days later. As such an important part of the faith, it makes sense that its appeal would spread far and wide with the passing years.

This increased popularity has led to more changes that mostly make the act of Eucharistic Adoration more accessible to Catholics, wherever they are. Most parishes now offer various times throughout the week for Catholics to adore the Eucharist. Some parishes even offer Perpetual Adoration, which is when the Holy Eucharist is on display 24 hours per day, 7 days per week. This ensures more Catholics can participate in the presence of Christ, whatever their schedules.

The Eucharist of Today

This brings us to the present day. Today, a Eucharistic Revival is taking place in Catholic churches around the world. Church leaders are re-emphasizing the cornerstone of our Catholic faith — the true presence of Jesus Christ in the Eucharist. This is all to help Catholics reignite their faith and deepen their relationship with God, Jesus Christ and the Holy Spirit.

The Church aims to re-center itself on the true presence of Jesus with us in the Eucharist. Jesus is calling Catholics to be a light to the world, and the Eucharistic Revival that’s happening in the United States right now is your opportunity to get involved.

Take Part in the Eucharistic Revival

Every donation helps. We humbly ask that you give to help provide monstrances around the world today. 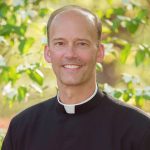